BSSC students on the big stage

BSSC students on the big stage 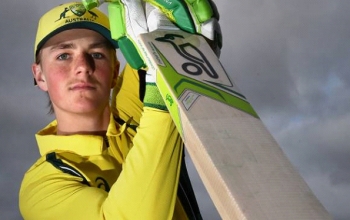 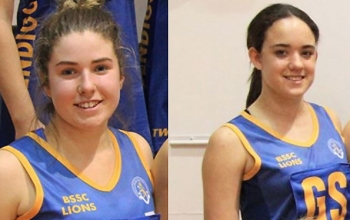 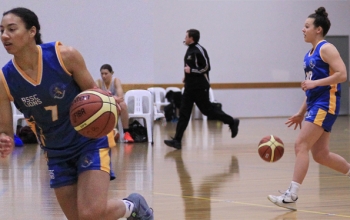 “Fostering local talent is an important part of our charter, and I am excited to be working with these three emerging stars,” said Bendigo Spirit’s coach, Simon Pritchard.

“They’ve shown themselves to be gifted athletes at junior level. We are now looking to increase their skill sets and strength of play, through individual sessions and training at WNBL tempo.”

Pritchard said Ahlise had genuine speed, and explosive moves to get to the basket.

“We will polish those skills and help to add the defensive power that such a gifted athlete can possess. And Jessie’s three-point shooting is a quality we are looking to harness, but we must add some penetration skill and ball handling to get her game to WNBL level.

“I look forward to working with these athletes to advance their dreams of playing in the WNBL.”

Naturally Ahlise and Jess are also members of the BSSC basketball team and will contest the SSV State Finals in the last week of this term.

To see Ahlise or Jess play, or to grab a Spirit membership go to: www.bendigospirit.com.au

Congratulations to Georgia Lowther on being selected in the 17-and-under North Central netball team. The team will play in the Netball Victoria State Titles in October. Georgia is also a member of the BSSC netball team which has qualified for the Netball Vic Schools Championships finals in mid-September.

Great news for cricketer, Zane Keighran, who has been named in the Victoria Country Under-17 National Championships Squad to compete in the National Cricket Championships in Queensland in late September and early October. The 13-man squad was chosen following two phases of training across the winter, incorporating skill and game sense sessions, as well as trial matches. (Image: Bendigo Advertiser)

Year 12 student Emily Cossar also appeared recently in the Bendigo Advertiser. Emily is one of a handful of netball players who are really making their mark on the South Bendigo A-grade competition.

BSSC congratulates all these students on their outstanding results.