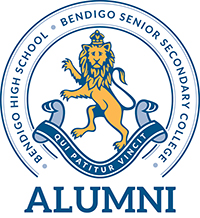 The Bendigo Senior Secondary College Awards Ceremony is an opportunity to acknowledge and celebrate the efforts and achievements of students. The range of endeavours encompassed is immense and impressive. A wide range of Special, Memorial and Education Awards are presented during the evening. Several of these are linked directly to the history of the college.

Established 1871
This award has the distinction of being the longest running award in any school in Victoria. It was first presented in 1871, one year after the opening of the original school on the site, the Sandhurst Corporate High School.

The award, for the most outstanding creative essay, is provided as a result of a performance of Rob Roy, a drama founded on the famous story written by Sir Walter Scott. The Caledonian Society of Bendigo celebrated the centenary of Sir Walter Scott’s birth through the performance, which took place on September 1st 1871, at the Lyceum Theatre, which was located in Pall Mall. The proceeds of the evening, a balance of one hundred and twelve pounds, seven shillings and sixpence, were put towards initiating the ‘Waverley Prize’. ‘Waverley’ was the first of Sir Walter Scott’s historical novels.

The collection of all existing Waverley Prize Essays is available from Old Gold Alumni.

Established 1999
The alumni group, Old Gold Alumni., established this award in memory of past students and staff members. Each year the award is named to honour the contribution of a past principal of the college. The description of the award is a summary of key events and significant achievements. These are provided by Old Gold Alumni. The award is made to a staff member who has made a significant contribution to the life and development of the college.

Established 2009
This award is a scholarship, presented to the Student of the Year, which is an award in itself that is held in high esteem. The recipient is a student who has made a significant contribution to college life over their time at the school. The Centennial Award scholarship is made to support the student to undertake further study. It is made possible from a legacy, the ‘School on the Hill’ Centenary Endowment Fund, launched during the Centenary Celebrations held in 2007.