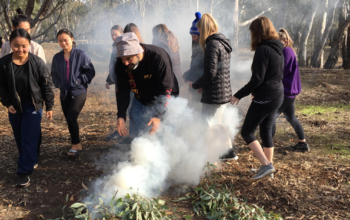 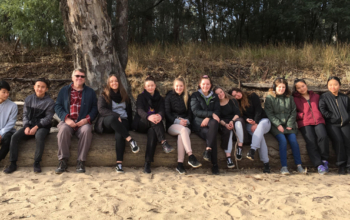 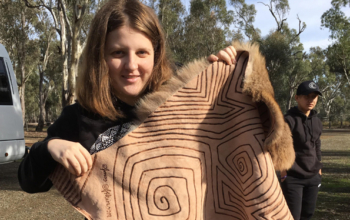 A group of BSSC VET Community Services students spent two days on Yorta Yorta Country this week, exploring the Indigenous culture of the area around the Barmah Lakes. The group were incredibly lucky to have Michael Bourke and his cousin Amos Atkinson from Waanyura Woka (Active Country) Aboriginal Tourism as their guides.

“Mick and Amos are a wealth of information regarding their local cultural heritage,” BSSC teacher Peter Burns said. “Students had the opportunity to learn about the Aboriginal history of the ‘mobs’ along the Murray River, in particular the Barmah Lakes area.”

Students heard many of the stories of Yorta Yorta Country, visited the Dharnya Centre, an on-Country learning centre for Yorta Yorta culture, and were privileged to be shown through the Cummeroogunja Mission School – a significant site in Yorta Yorta culture that very few visitors are able to experience.

On the way back to Bendigo the group visited the Rumbalarra Reserve and learnt about the 1939 Cummeragunja Walk-Off – the first Indigenous mass protest in Australia.