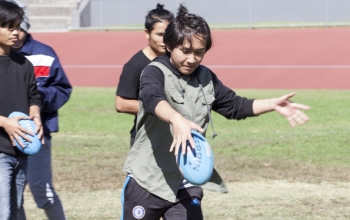 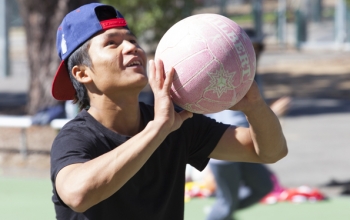 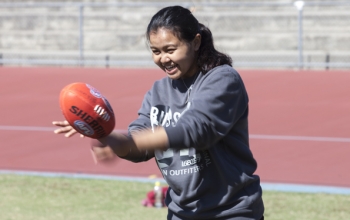 EAL-VCAL students put their sporting skills to the test this morning in a fun session hosted by AFL Victoria and Netball Victoria in partnership with SEDA College.

At the Tom Flood Sports Centre, students practiced their kicking, marking and handball skills, before putting them to the test in a small-scale game situation – all under the guidance of SEDA’s young footballers.

Over at the QEO, Netball Victoria representatives led the students in a series of training drills designed to fast track their skills in goal-shooting, passing and moving around the court.

Shane Koop from AFL Victoria praised the students for their efforts. “It’s been great to work with such an enthusiastic group of young people,” he said. “Everyone has had a go and there have been some good skills on display… and plenty of laughter along the way.”

A big thank you to AFL Victoria, Netball Victoria and students from SEDA College.