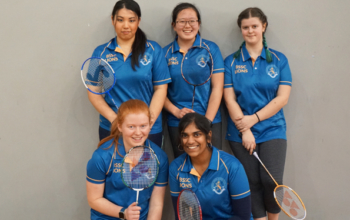 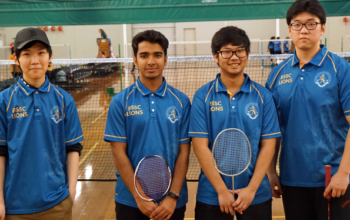 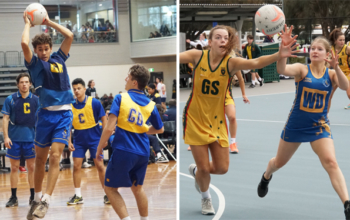 Congratulations to Gabby Rusbridge and Michaela Meharry who finished third in the Senior Girls Pairs event at last week’s Victorian Schools Mountain Bike Orienteering Championships. This was a great result for the girls, given that it was their first experience at the sport of mountain bike orienteering. The event took place at the You Yangs Forest Park.

The BSSC girls and boys netball teams travelled to the State Netball & Hockey Centre this week for the Netball Vic Schools Championships. This competition brings together the best school teams from throughout the state, so the competition is always of a very high standard. Our girls team finished the day in third place at the conclusion of their seven games. They went down narrowly to MacKillop College Werribee and Box Hill Senior College, and had a drawn game against Melton Secondary College. They won their other three games very comfortably.

The boys team had to endure nine games of netball for the day, and performed very well to win three of them. The team hasn’t had many opportunities to play together in competition, but they improved with every game.

Big thank-you to our two umpires for the day – Alycia Abdy and Em Seery.

Our girls and boys badminton teams encountered some tough opposition at the SSV Finals at the Melbourne Sports and Aquatics Centre this week. All team members played very well, but unfortunately their opponents were too strong in each of the three round-robin matches. Both teams managed to win a few singles and doubles games throughout the day. Well done to all players, and their coach Scott Collier.

The Bendigo Academy of Sport is currently seeking expressions of interest from talented young golfers who may wish to join the golf program for 2018-19.

The registration link is https://docs.google.com/forms/d/1dfiWI_8Bkhml-njCUwPyN7oJ4VFAK_j-i3-uftAzkO8/edit

Further information is available on the BAS webpage:  http://www.bbas.org.au/