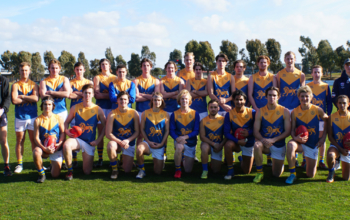 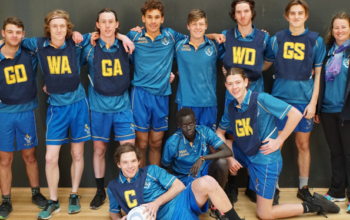 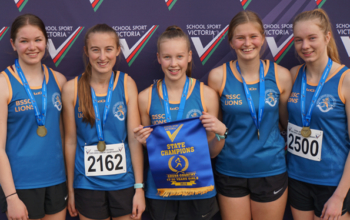 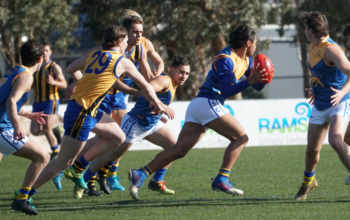 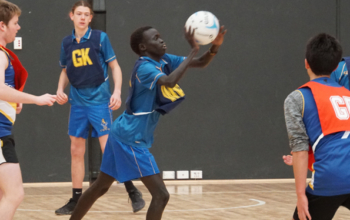 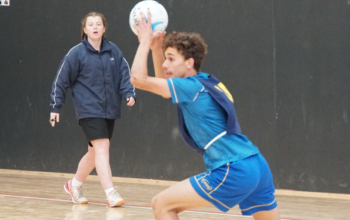 Great result for our girls cross-country team who are now State Champions after winning the teams event at this week’s SSV Cross-Country finals in Bundoora. All team members ran an exceptional race over the 3km course, with each of the girls finishing inside the top 50 competitors in a field of 73 runners. Gabby Rusbridge finished 19th (12:07), Maddy Hooke 36th (12:37), Bridie Blake-Burrows 37th (13:39), Bridgette Keath 46th (13:03), and Alia Melgin-Hill 49th (13:22).

Our boys’ netball team has just missed out on qualifying for the Loddon Mallee Region Finals after being narrowly defeated by Castlemaine Secondary College in this week’s Sandhurst Division competition. The boys started slowly and were down by 7 goals going into the last quarter. They staged a great fight-back in the final 10 minutes but eventually went down 21 – 18. Great effort from the team which had very little previous netball experience.

A very successful season has come to an end for our AFL Premier League team, following their defeat by St Bernard’s College Essendon in this week’s semi-final of the Herald Sun Shield. The opposition was far too strong and they ran away with a comfortable win, 17.14.116 to 3.2.30.

St Bernard’s kicked with a strong wind in the first quarter and were able to establish a 38-point lead by quarter time. The BSSC Lions fought back early in the second quarter with a couple of goals, but St Bernard’s continued to score kicking into the strong wind, and added to their lead as the game progressed.

Despite the loss, the team can hold their heads high having been crowned SSV AFL Premier League champions late last term.