When Ryan Peterson was completing Year 12 at BSSC, the City of Greater Bendigo (COGB) put a call out for young people to give feedback on a youth strategy proposal they were developing.

The six young people who put their hands up for this opportunity were all highly motivated and community-minded—and the group evolved to become the Youth Action Group.

A year later this group was renamed COGB Youth Council.

Like Ryan, Billie was active in the Student Leadership Team (SLT) when they were at BSSC and both served on the College Council as part of their involvement with SLT.

“The BSSC College Council took the Student Leadership Team very seriously,” Billie says. “It was great grounding for the role I’m in at GOGB.” 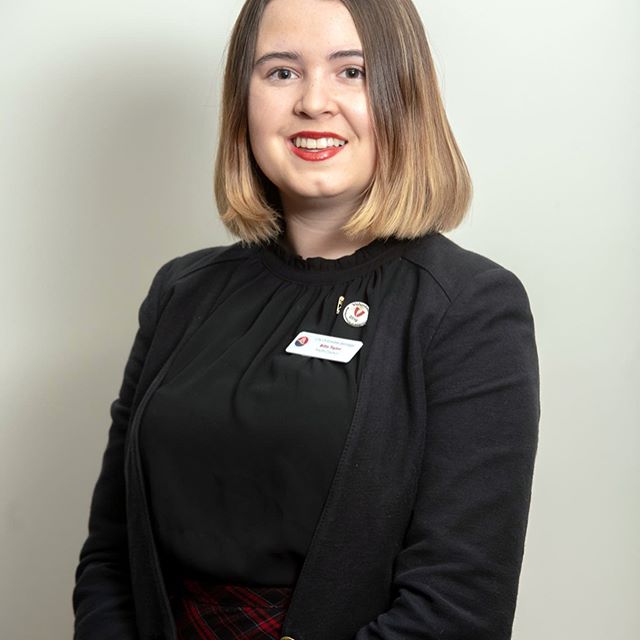 Asked about some of his hopes for his time as Youth Mayor, Ryan explained that the Youth Council are driven to put strategies in place that value young people and all they bring to the Bendigo community.

Ryan’s role will involve being chair of numerous meetings as well as attending COGB quarterly briefings. When he is unavailable, Billie will represent the Youth Council at such meetings.

Ryan also hopes to deeply embed the role as a well-respected conduit between young people and COGB Council, while Billie wants young people to know there is already a platform established for them to have their needs heard—“or join the group and get involved”.

“I think there are many young people who don’t know we exist,” Billie says, “I hope we can change that.”

As well as being consulted on policies being developed by COGB, the Youth Council has been involved in projects such as organising a climate strike with the Australian Conservation Foundation and working with Headspace to enhance its involvement in the community.

“We have also developed the Youth Environment Sustainability (YES!) advocacy group and last year we put out a position paper on youth unemployment in the region,” Ryan explains.

“One of the things I’d love to do this year is to hold a Q&A-style forum on the nature of youth unemployment and how it could be addressed.”

Asked why she thought such a proportion of the members of the Youth Council are ex-BSSC students, Billie pointed out the qualities that are at the heart of a BSSC education.

“The college breeds so much independence,” she says. “You grasp that success really is up to you and I think it’s possible that you see yourself as an adult because you are treated as one. There’s a strong sense that your voice will be respected.

“For me, it was so wonderful to be active on a College Council that respects student opinion so highly. I also learnt about the formalities of meetings and other processes.”

Ryan is presently in the midst of a year’s leave from his RMIT course in Product Design—working two jobs and enjoying his role on the Youth Council.

His long-term hope of doing an internship with Holden has been crushed by the demise of this iconic company, but he still plans to study Industrial Design after he gets back to RMIT to complete his present course.

Billie is about to start a double degree in Psychology and Law at La Trobe University Bendigo. Her gap year involved continued involvement with a Headspace Reference Group, attending Victoria’s Youth Parliament last July and, just recently, taking a volunteering trip to Fiji with a group who refurbished and painted a school.