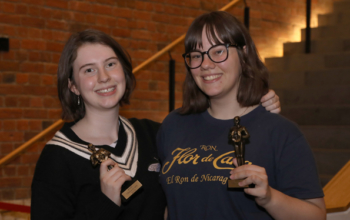 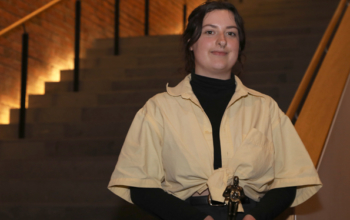 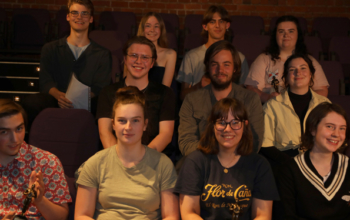 Hollywood can keep its Academy… BSSC has its own night of nights to rival the Oscars. Tonight’s 2018 Media Awards once highlighted the strength of the Media program at the college and showcased the work of more than 20 young artists and filmmakers across a broad range of styles and genres, including animations, thrillers, comedies, dramas, music videos, still photography. This year’s show reel even included a mockumentary and a pirate radio segment set in a dystopian future.

A dozen major awards were presented, including the Year 11 Rising Star Award, won by James Harris and the inaugural People’s Choice Award won by Ashleigh Speechley for her film Supercilious. Ashleigh’s film won two awards with the judges praising its “incredible attention to detail in costume, sets and design”.

Congratulations to all the winners.

Indira Ragg-Hanson “The Filmmaker”: In this ‘mockumentary’ in the style of The Office, Director Pat’s vision of creating a masterpiece falls short as his lead actor quits.

Austen Kenneth “Corbin”: Sickened by society, Corbin takes matters into his own hands. This thriller impressed the judges with its fantastic use of editing.

Teagan McConnell “Found Footage”: In this thriller, a young woman’s privacy is invaded when she finds SD cards full of footage filmed inside her own home.

Eli Flavell “A Big Long Road in Central Victoria”: In this stylish psychological thriller, a young man struggles with the consequences of his actions. Eli’s beautifully edited film uses black screen and dramatic pauses to great effect. A real stand out of this year’s crop.

Gus Tremlett-Davies “Privacy”: A man who lives alone starts receiving unwanted phone calls from a stranger who seems to know everything about him. The judges were impressed with the stylish colour palette and slick lighting.

Emily Lawton “Fishing Up Empty”: In this beautifully produced animation, a father is faced with the moral dilemma of saving a life or feeding his family. A moving piece of filmmaking told without the need for a voiceover.

Imogen Ford “Wish Inc.”: A poignant story of the connection between a mother and daughter, combining real footage with animation to great effect.

Celeste Eriksen “Proximity”: In this joyful animation, a lonely poltergeist in an apartment block learns the power of music when a mysterious new neighbour and her record player arrive in town. The infectious soundtrack has the entire audience humming along.

Milly Lake “Urban Photography”: A multi-layered photographic series based on the impact of globalisation and consumerism on our environment.