Like so many young people, Year 12 student, Jala Seviour, has an acute awareness of current environmental issues and is planning a career that will allow him to contribute to a more sustainable future.

Initially he had thought a career as an actuary would be ideal—now he’s aiming to become an Electrical Engineer.

Projects such as the incredible Danish renewable energy ‘island’ shown below have captured Jala’s attention. 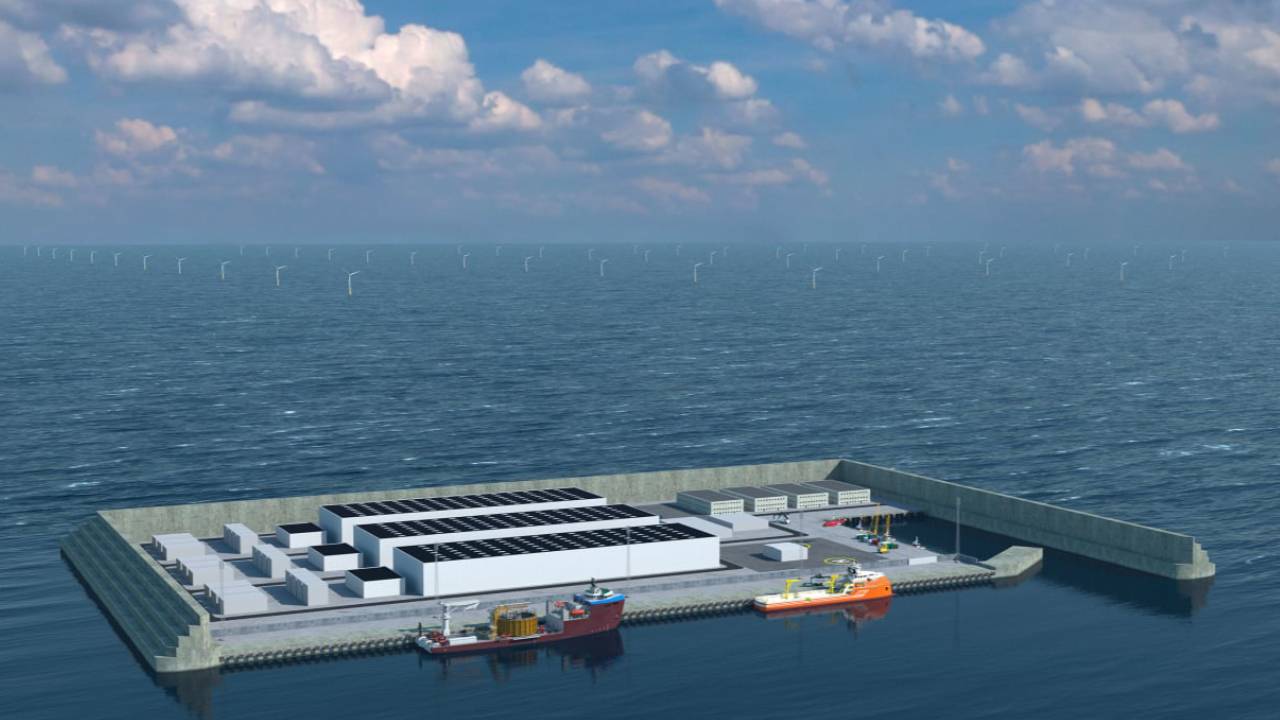 This artificial island covered in solar panels and surrounded by acres of wind farms will not only supplement the Danes’ sustainable energy supply, but other European nations are expected to draw on the energy it produces too.

“I love physics and enjoy maths which are both important for engineering,” Jala explains. “The whole world is moving to renewables and what Denmark has done really inspires me. I’d love to work on projects like this.”

Want to know more about this project?

“We really need to consider our pathway,” he says. “We’ve been told so many times were doing this all wrong. I’d really like to see the government seriously considering what the experts are saying.”

Jala acknowledges it is young people like himself who are going to have to fix the problems that have been created and he’s hoping to be part of great ideas destined to have positive impacts.

More than a century ago, Albert Einstein explored some truly revolutionary notions that changed the way the world understood light and energy and approached particular problems. If there was one person alive or dead who Jala could have a conversation with it would be him.

“I’ve learnt a lot about Einstein’s work in Physics but I’d love to hear his perspective on the world,” Jala says. “You know he didn’t believe in the Big Bang theory or the Uncertainty Principle.”

Einstein survived the Spanish Flu pandemic of the early 1900s and would, perhaps, have some sympathy for Jala as he tackles his studies in lockdown.

The long lockdown of 2020 was easier for Jala to manage because he was able to “get into the groove” with it. He feels he’s managing okay in these shorter, more frequent lockdowns, but less effectively.

“I’m aware some students have had a really rough time with all the lockdowns and I know I’m really lucky because my dad is a teacher and we’ve always enjoyed talking about maths and science because we find them so interesting,” Jala says.

“In fact, I’m so grateful for all my family have done for me.”

“No matter who you are there’s always a place for you to fit in here.”

“My teachers are really awesome,” he says. “I love being in an environment where I can just be myself and where it’s been so easy to make new friends.”

Jala is also appreciating the balanced approach BSSC encourages in students so that study—while it’s a considerable commitment—does not completely take over.

“I think that would be my most important study tip actually,” Jala says. “Keep a balance and keep hanging out with friends. These years are not only about doing well in exams.”

Jala takes this advice seriously and heads for the basketball court with his mates, or picks up his guitar when he can. He has a part-time job with a cleaning company and even worked at BSSC for a time.

“I just love him and the Beatles,” he says. “No two songs are similar and the impact they’ve had on music is incredible. Without them, music now would be less diverse.”

Jala’s embracing of diversity extends beyond music. Recent family holidays have given him a close-up view of very different cultures and the struggles in developing countries.

“We went to Vietnam a few years ago and it was interesting to see the impact of Western values on another culture,” he says. “When I was in Year 10 we went to Laos.”

Jala found the people in Laos very friendly and the whole family had a huge amount of fun along the way, including floating down a mountain river on tyre tubes.

But it was immediately evident to Jala this country was much less developed than Vietnam.

“It felt almost untouched—yet you can’t drink the tap water and sanitation is a big management issue for them,” he remembers.

“I think travelling at an age where I understood what was going on gave me much more insight about the issues the people of Laos were managing.

“That trip also made me realise how important it is for richer nations to do more to support countries like Laos.”