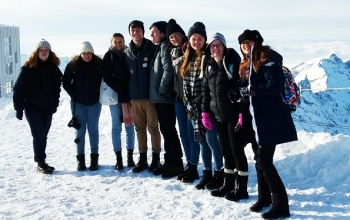 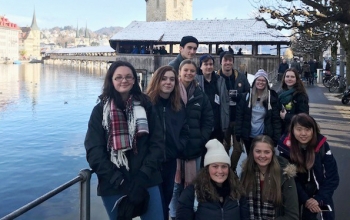 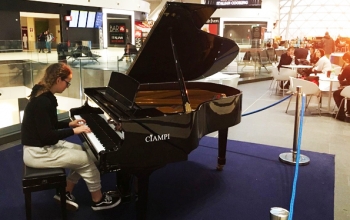 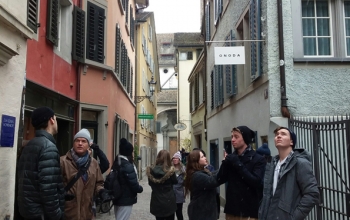 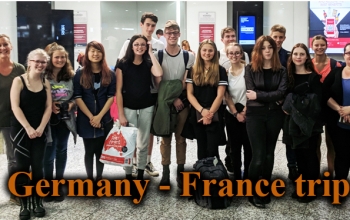 Our students who took off for Greece and Italy earlier this week, had a much longer stopover in Rome than expected due to some lengthy delays. Lucky for them, there was a grand piano in the transit lounge for passengers to tinkle on.

Year 12 student Maddie Ridsdale took the opportunity to play for her travelling companions as the sun set in the background. Check out the video clip on the BSSC Facebook page: https://www.facebook.com/BendigoSeniorSC/videos/839947116183598/

The students had a great couple of days in Venice, visiting the Doge’s Palace, Burano Island and travelling in Gondolas along the Grand Canal.

Meanwhile, the students on the Germany-France trip—well-wrapped in wool and thermals—began their travels in Zurich and the Swiss Alps before heading to Munich and a tour of the former concentration camp at Dachau.

At last report they were in Paris. Based on the pics coming back, everyone is having a fabulous time.