So you want to be an actor?

Home/Parent News, Student News/So you want to be an actor?

So you want to be an actor? 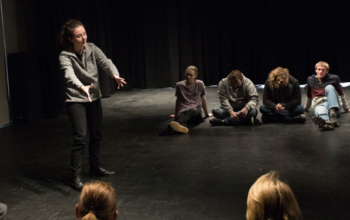 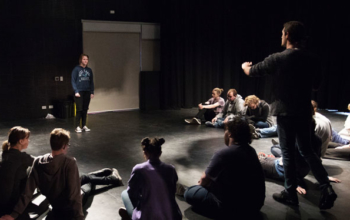 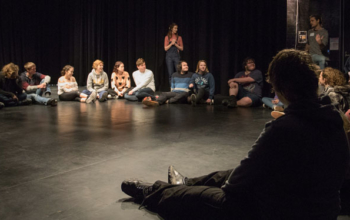 Adele was once a drama student here at BSSC and has since graduated from the Western Australian Academy of Performing Arts (WAAPA) and appeared in feature films, TV productions and in stage shows. She has also been the recipient of an international actors’ fellowship.

Jerome, Adele’s partner, has also appeared in a number of films, TV and stage productions and is an avid writer/director.

The workshop at BSSC was designed to inspire students preparing for their external Practice Exam in Solo Performance.

The Strategem Theatre provided the ideal dark, otherworldly atmosphere for students to explore their most passionate responses to the challenges set by Adele and Jerome. Those who found anger easy were asked to be vulnerable. Those who were comedic, to be deadly serious. All were asked to be completely convincing.

“Embody the character,” Jerome urged them.

Students rose to the occasion and performed stunning ad lib and innovative responses to each other—and even to a chair!