Flybz – the power of self-belief

Flybz – the power of self-belief 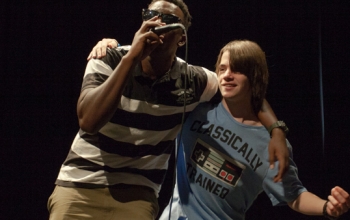 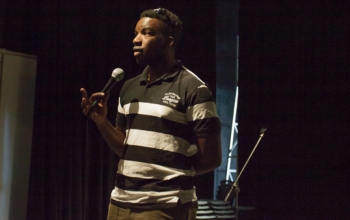 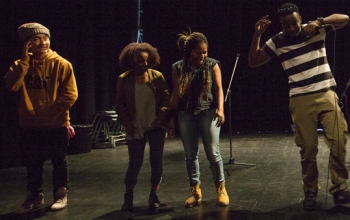 A group of VCAL students, including our EAL-VCAL students, had an experience to remember on Thursday, when they met rapper and former child soldier Fablice Manirakiza – one half of the hip-hop act Flybz.

Fablice performs alongside his nephew G-Storm, spreading important stories of loss, hope, war and love to demonstrate how we are all on this planet together; that there are better ways of living than he experienced as a refugee from war-torn Burundi.

Fablice, who has shared his story at more tha

”When my mum and dad died, I lived like a wild boy on the streets, taking drugs and drinking,” Fablice says. “My life was very hard. I was on my own and things were very bad.”

After escaping the military, Fablice fled to a bordering Tanzanian refugee camp in 2003 to reunite with his eldest sister, also a former child soldier who had escaped the civil war, where she was living with her baby, and eight-year-old son G-Storm.

The boys began experimenting with hip-hop as a means to express themselves in the war-torn environment.

Fablice had students dancing and sharing the mic, as he delivered his powerful message about the power of education, the importance of caring for others, and the need to believe in ourselves.

An amazing and moving experience for everyone in the Strategem Studio.